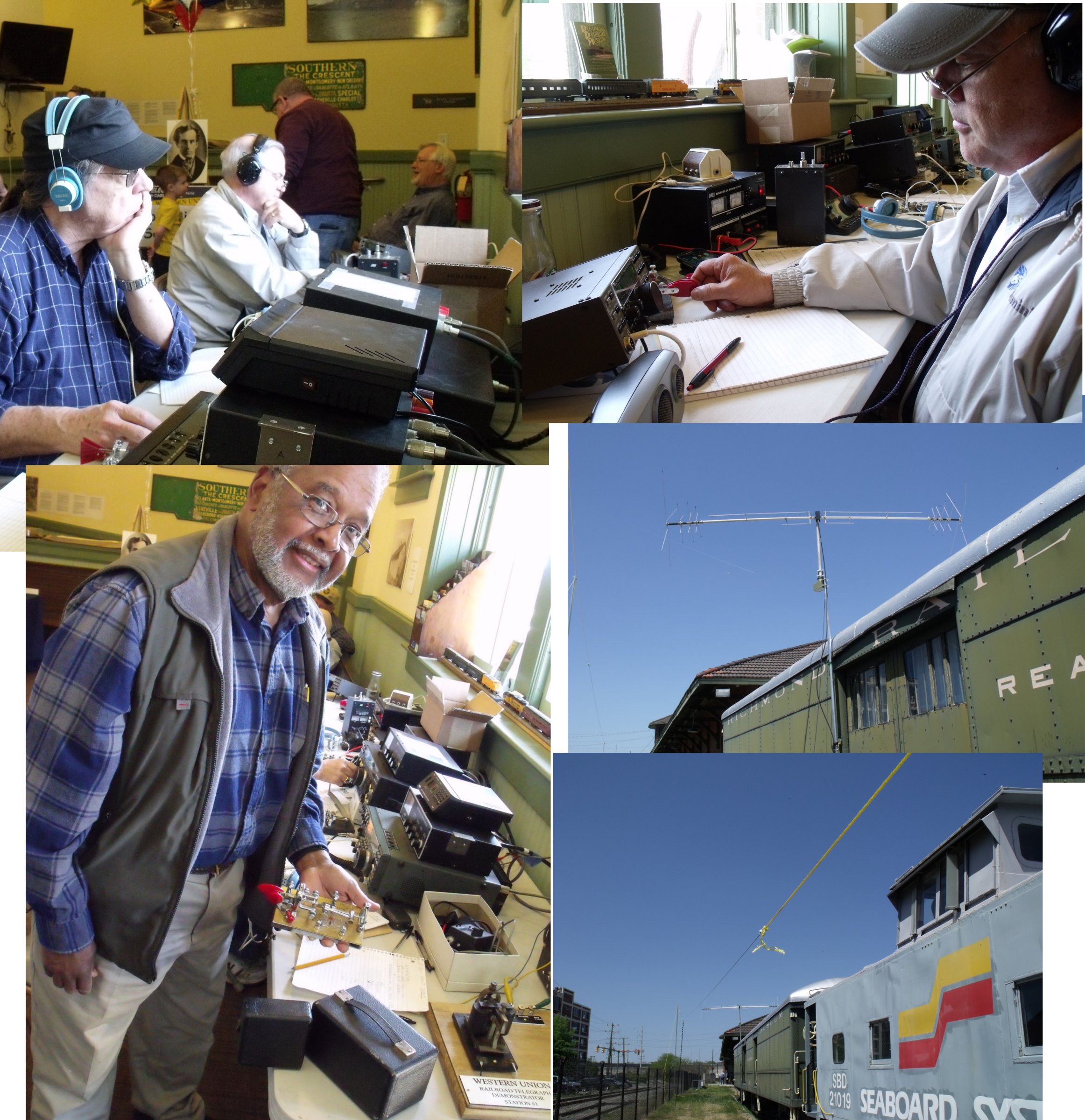 We set up three stations and three antennas for three bands for W4ZA/100 special event stations.  It was strange.  The CW end of the bands were dead.  The SSB portion was open but crowded with QSO parties and contests.  You couldn’t get a phone-voice signal in sideways if you tried.  Mostly, though, we were about Morse code to celebrate the birthday of Samuel F B Morse and the code end of the bands were not cooperating.  Hams party wherever we are, so we made the best of it.